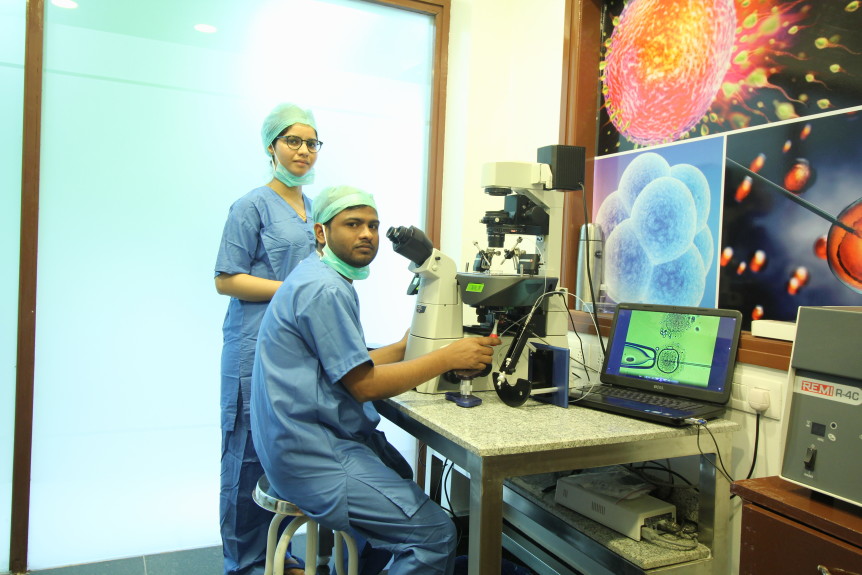 If we talk about India, beyond the shadow of a doubt we can say that India is a country where nothing is impossible, each question has its appropriate solution or answer. Let’s take an example of that biggest and run-of-the-mill issue, which is revolving around several couples’ lives, Infertility or Sterility. Yes! You heard it right; surprisingly the count of infertile males and females in India has reached in its zenith level by affecting countless couples. Approx 27.5 million couples are suffering from this blot, thus unable to hack the natural cycle of pregnancy to become the parents.

Infertility-Exceeding topic in India-Infertility can be treated by going through several methods, out of all the treatments ART technique is one of the matchless way to get rid of sterility. IVF treatment, In Vitro Fertilization comes under assisted reproductive technology i.e. ART technique. As, we all know, IVF is prominent methodology to unravel the issue of infertility due to its high success rates. The crucial point in IVF course of medication is combining the eggs with sperms for fertilization and then placing embryo in the uterus of female. Entire steps of IVF are very delicate and need utmost care to perform by the fertility experts. Now we all will catch a glimpse of ‘which is the best month to go for IVF treatment in India’.

Do Seasons play significant roles in the procedure of IVF treatment?

Now the question arises whether IVF is performed in any certain season or any season. Undeniably, IVF can be performed in any seasons, but IVF is best performed in the season of Spring. Doctors and researchers of fertility treatments have found that seasons have vital role in the success rate of IVF. Spring is a season in which higher fertilization takes place and thus attaining higher success rates comparing with other seasons. According to the study and research, we got to know the rates of high success rates occurring in Spring season. Fertilization rate during the spring season is the highest one. Let’s take a view of the success rate of each season; for winters: 67.9%, for spring: 73.5%, for summers: 68.7% and for autumn: 69.0%, therefore, getting far difference in the IVF fertilization rate in different seasons, spring is the one, which has its sky-scrapping rates. Reason behind this high rise rate of IVF treatment in spring is 17-ß estradiol levels (major estrogen in female). 17- ß estradiol is an estrogen present in women’s body between the age of puberty and menopause, this estrogen is very high in the time of spring in female’s body due to this IVF is recommended in the season of spring. In the fertilization process of IVF, estradiol level plays all-important role thus polishing off healthy and in fine fettle implantation.

So, if you are planning for IVF treatment then Spring season will definitely give you the pleasure of being cloud nine level. Go for it, choose IVF treatment to untangle your infertility and get accomplished family of yours.

Toggle the Widgetbar
Contact Us
Surrogacy Cost Calculator
IVF Cost Calculator
Get Free Consultation
Saroj Chauhan (web25@indiahospitaltour.com) would like your help to install Lucep on their website! Hi there, Saroj Chauhan wants to install the Lucep widget on their website, and would like your help to insert the code. You can simply copy and paste the small snippet of code below, into the footer of the site. The code you need to add is as follows: