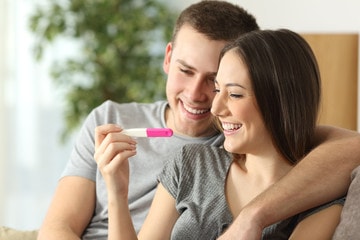 Females are born with a set amount of immature eggs or ovum; around 2 million of immature eggs are there in the reproductive organ of the female. Approximately 300,000 of these eggs will remain at the time of puberty. This is the stage when the female’s body starts to produce the eggs, once puberty has began, female’s body unleashes an egg each month- this procedure is known as ovulation.

The cycle of ovulation happens each month and hence a single egg releases from the ovary. This egg remains in female’s uterus for 24 hours unless it meets with the sperms. If at that time sperms are present in the fallopian tube, then this egg gets fertilized with it, resultant- fertilization. If any woman wants to know her fertility potential then there is the best test that is known as AMH. This fertility test predicts woman’s fertility potential. Let’s unpack some nuts & bolts about this test.

AMH is a blood test, which is done at the duration of woman’s menstruation on any day; this test is performed either in the lab or even in home as well. It is recommendable to do this test in the lab only with the guidance of fertility specialists. This test gives the indication of female’s ovarian reserve. Let’s know in deep about AMH test.

What is an AMH test?

AMH is fully known as Anti Mullerian hormone, is a substance that is produced by granulosa cells inside the ovarian follicles.

By AMH test, we are allowed to know about ovarian reserve.

To get accurate result by AMH test, AMH should be joined with an AFC (antral follicle count). BY AFC, we got to know about the counts of small follicles, which is present in both the ovaries. AFC is performed with the help of ultrasound scan, which has to be carried by the fertility experts.

AMH test does not let anyone know about the quality of the eggs, which female produces. AMH level will be very high of those females who are facing with PCOS disorder, as several cysts develops during this case and thus the rating of AMH level will go high.

Yes! Age is one of the most crucial factors that have direct affect on AMH level. AMH levels are lower in older women, here older means- women who have crossed their age of 40.  AMH levels are found higher in women with PCOS disorder.

A younger woman with a low AMH level is most likely to have decent fertility potential comparing with those women, who have high level of AMH but her age exceeds than 37 or 40, this is all due to the quality of the eggs.

Women, who are younger, have fine and healthy eggs comparing with the age group above than 40. AMH test is beneficial for those women, who are planning to conceive and want to know about her fertility potential.

If you have low ovarian reserve then you need to consider few points like intaking proper nutrients, doing acupuncture (it is believed that acupuncture helps in the improvement of the blood flow to the ovaries), regular exercise etc.

adminConscious about your fertility potential – Things you need to know01.30.2019